Internet/Digital Technology, e-commerce and social media have changed the way people communicate, shop for clothes and groceries as well as consume news and entertainment. Companies looking to advertise their products have recognized this secular shift and in 2019, digital advertising surpassed all traditional forms for the first time. Global Digital Advertisements were estimated at over $330 billion in 2020 surpassing TV, radio and print combined. Representing less than half the of the market in 2018, they are estimated to grow over 85% to $502 billion by 2025 and make up over 70% of the global Ad market.

Who stands to benefit from this trend? Global Internet giants, Google, Facebook, Alibaba, Amazon and Baidu dominate in terms of digital ads. These five companies captured roughly 70% of the global digital ad revenue in 2019. As the trend towards digital continues, companies likes these may end up the bigger winners. Other companies who stand to benefit include Tencent, Microsoft, Twitter, Snap and Pinterest. 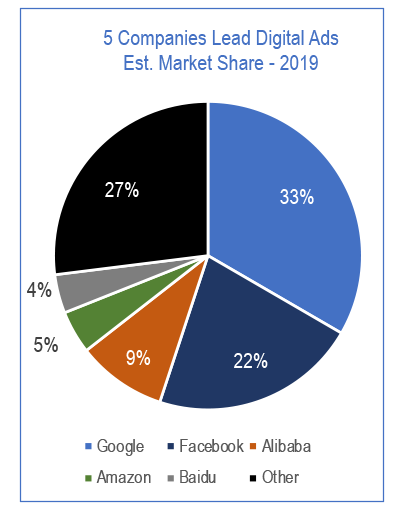 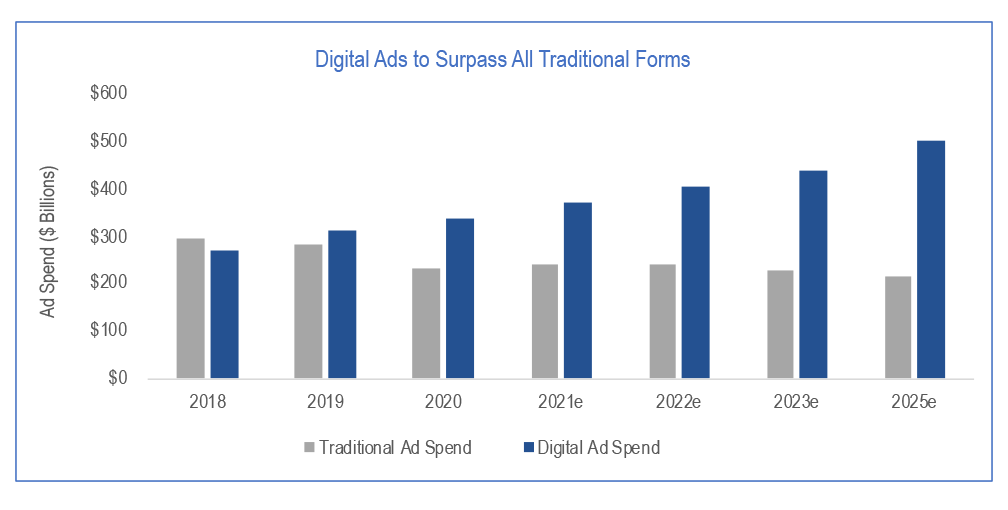 For top ten holdings of the OGIG ETF click here.

Source: Bloomberg Finance L.P. Data as of 12/31/2020.
For informational purposes only. There is no guarantee that current trends will continue in the future.

Growth driven by structural shifts in economic activity brought on by technological advances and innovation is less sensitive to economic cyclicality. Companies driving innovation may be a good source of long-term growth for investors. Their impact on structural...

Our Next Livestream Starts In

O’Shares Livestreams are usually on Thursdays at 11AM ET. Topics include current market investment themes and internet and dividend related research.